Every year our family spends a month exploring Europe, seeking new experiences, off the beaten path sights, authentic cuisine and amazing locals. This series is about our family adventures in Germany, Austria and Greece.

Munich airport (MUC) is an incredibly convenient hub from which to arrive or depart from Europe and offers a world class city to explore for a day or a week. 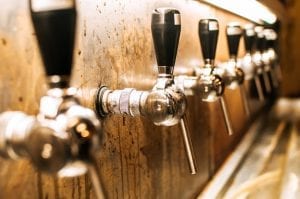 As this was not our first trip to Germany we opted to skip over most of Munich this time and instead headed out to the country to explore Swan Lake and the Castles of the Mad King Ludgwig. If this is your first trip to Munich, we highly recommend spending 1-2 nights in this bustling, historically rich city, which is world-famous for its Oktoberfest, the Hofbrauhaus and beer garden-experience. Munich has become one of the most modern and prosperous cities in post-war Germany, offering museums, art galleries, concert halls and historical buildings, where one can explore the paradigms between a cultural capital for classical music and art, birthplace of the Nazis and now a thriving ethnically diverse and welcoming metropolis.

The city was first founded in 1158 by Henry the Lion duke of Saxony and Bavaria. In 1806 it was made the capital city of the Kingdom of Bavaria, (which it remains to this day) and grew as a center for art, music and culture over the next century. 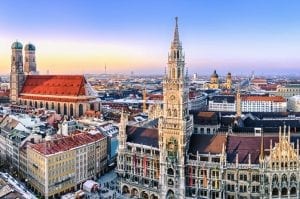 Following the first World War however economic scarcity and social unrest enveloped the city and led to the founding of Nazism. During the course of the the Second World War Munich was the headquarters of the Nazi party leading to significant damage and destruction. Following the end of the war in 1945 extensive efforts began to rebuild the city, washing away the pain of Two World Wars while preserving reminders of the darkest period in German history.

We highly recommend doing a walking tour of Munich’s Old Town or a Segway Tour of the city to fully appreciate all the sights.

Munich Residenz  This magnificent palace is one of Europe’s finest and a must see sight for one day and multi-day visitors. Construction of the Antiquarium began in 1579 and is now part of the Residenz Museum. The Alte Residenz was built next and is an extraordinary example of the late Renaissance. The final components completed in 1848 were the Neoclassical Konigsbau, the Festsaalbau and the Court Church. Take a few hours to explore the monuments, museums, gardens and fountains and ponds.

Frauenkirche  The Cathedral Church of Our Lady: An incredible example of Gothic architecture, this enormous church was completed in 1488. Make sure to check out the “devils footprint” found in the floor of the porch and said to have been left when he came  for a devilish inspection.

Munich’s central square since the cities foundation was the site of the markets and medieval jousting tournaments until 1807. Today you can find the Old and New Town Halls, the Virgin’s Column, the Fish Fountain, the Column of St. Mary and many peoples  favorite part – the Glockenspiel, a clock tower with beautiful motorized figurines which dance, joust and perform inside the tower every day at 11 a.m, 12 p.m, and 5 p.m. (From November through February the 5 p.m performance is not done). This is also a popular shopping and dining destination and is the site of the spectacular annual Christmas market. If you only have one day, do not miss this!

English Garden -This is the largest and most beautiful city park in Germany, covering over 900 acres and boasting over 100 bridges. If you have several days in Munich, spend a morning meandering around the park and visit the National Museum and Bavarian State Archeological Collection. 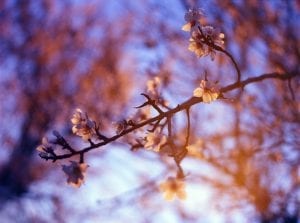 For a list of amazing tours visit Our Trusted Travel Partners.

1. The Romantic Road Take a day to explore the fairy-tale castles and medieval villages of Harburg and Rothenburg along the beautifully picturesque “Romantic Road”. In Harburg visit one of the oldest, largest and best preserved castles of Southern Germany, which was also an important military stronghold during the 11th and 12th centuries. Then drive through the Swabian crater landscape passing Dinkelsbuhl, before arriving in Rothenburg, a preserved medieval town which is consistently rated one of the most beautiful towns in Europe.

2.  Private Nuremberg Day Trip The site of the infamous Nuremberg war trials the city is mixture of cosmopolitan-modern, Old World German, as well as a haunting reminder of the atrocities committed during the second World War. It is a city that has worked hard to overcome its past, but also to remember it through museums and historic sites.The Altstadt (Old City) is a medieval walled city with large pedestrian walkways graced by the pretty Pegnitz River. We recommend for you to spend the afternoon strolling the narrow streets and alleys, shopping for antiques, toys, crafts and jewelry. Nuremberg has a polished, modern feel, but also a strong sense of the historical, with many baroque buildings which help it to retain a quaint village-like charm.

A highly transformative and deeply touching experience, Dachau was the first was the first of the Nazi concentration camps in Germany. It was intended to hold political prisoners but was enlarged to include forced labor and the imprisonment of Jews, an eventually freight nationals from countries that Germany occupied or invaded. The Dachau camp system grew to include nearly 100 sub-camps, which were mostly work camps and were located throughout southern Germany and Austria. The camps were liberated by U.S. forces on May 1,1945. Conditions in the camp were deplorable and prisoners lived in constant fear, hunger and torture. There were 32,000 documented deaths in the camp and thousands more which went undocumented, so the true number has never been known. Many believe that the spirits of the victims will forever roam the gates unable to rest or move on. This trip is not recommended for young children as they may not have the ability to fully process or understand the depth of evil that people are capable of. Adolescents may visit with their parents but please make sure to have meaningful conversations before the trip and a debriefing afterwards.

4. Private Tour Royal Castles   While we recommend an overnight trip to the fairytale kingdom of King Ludwig a dayt trip visit to 19th-century Bavaria is possible with an expert guide! Traveling from Munich by private vehicle, you’ll visit two enchanted castles once inhabited by King Ludwig II – Hohenschwangau and Neuschwanstein, the latter of which was the basis for Disney’s Cinderella Castle.

Munich has hundreds of lodging options to meet everyone’s needs, budge and priorities.If you are short time we highly recommend staying in a centrally walkable and easily accessible location in order to maximize your time. 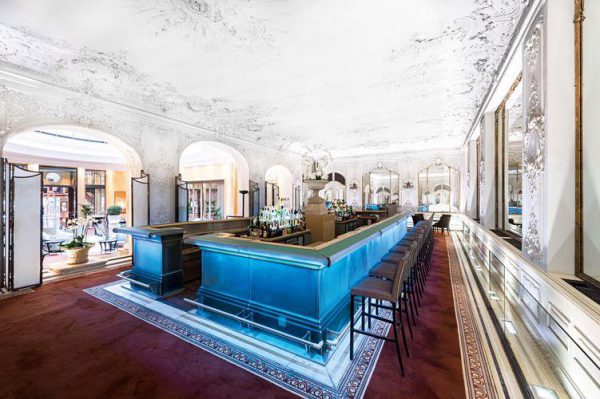 Located in the heart of Munich and just a short distance to Maximilianstraße, Marienplatz and the old town district the 340 luxurious rooms including 65 elegant suites, each have their own individual look and feel. Guests are also spoiled with dining options in the hotel’s five restaurants including Polynesian style cuisine, typical Bavarian delicacies and exquisite Michelin starred dishes in the gourmet restaurant Atelier.

Book with BTA for Exclusive Amenities

2. Hotel Vier Jahreszeiten Kempinski Munich; Since 1858, guests from all over the world have been able to experience first hand the royal lineage of this glamorous grand hotel, originally built for King Maximilian II. Located among luxurious shops on the most beautiful boulevard, in the most elegant part of the city, Munich’s sights and at tractions including the imposing Bavarian State Opera House are only steps away. 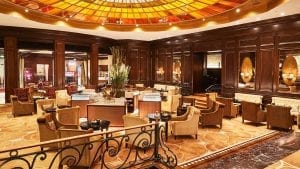 The hotel boasts 306 beautifully appointed guests rooms and suites which were carefully updated throughout the centuries.  Located on the hotel’s 6th floor, the Kempinski The Spa and roof top terrace boast magnificent views.

Book With BTA for Exclusive Amenities

3. Mandarin Oriental, Munich  Quietly tucked away in a side street yet centrally located near the famed Maximilian Strasse, Mandarin Oriental, Munich is an elegant gem of Neo-Renaissance charm. In addition to  beautifully appointed rooms, guests can indulge in the award-winning cuisine of celebrity Chef Nobu Matsuhisa at the new Matsuhisa, Munich. 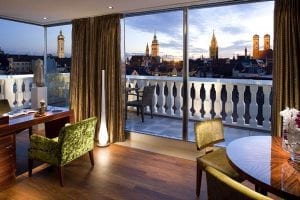 In line with the chic design the hotel recently opened Bar31 and The Lounge. Spacious newly refurbished 48 guest-rooms and 25 suites offer the finest in contemporary luxury. The stunning 360° view from the Rooftop Terrace with pool stretches across the picturesque surroundings of the old town district to the Alps.

Book With BTA For Exclusive Amenities

4. Sofitel Munich Bayerpost  Housed in the city’s former Royal Post Office this hotel has been redesigned in ultra modern style, with 339 rooms and 57 suites. For the ultimate pampering, choose a retro-chic Prestige Suite, each of which is individually appointed and spread across two floors. Wake up to the city’s best weisswurst at Schwarz & Weiz restaurant. The peaceful So Spa is a welcome respite after a long day exploring the city.

Book With BTA for Exclusive Amenities 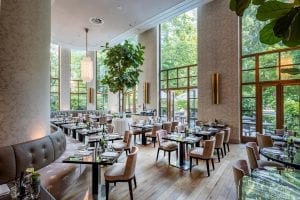 Garden and is the ideal starting point for business and leisure guests, with the Koenigsplatz, the old town and shopping. The newly opened Sophia’s Restaurant & Bar presents the concept of botanical gastronomy and is all about refined food in a comfortable and relaxed atmosphere. Guests should not miss the beautiful sun terrace next to the Old Botanical Garden which creates the perfect setting for an unforgettable experience. The 800 square meters The Charles Spa has the largest indoor hotel pool in Munich and a personal trainer is available by request.

4. Restaurant 181 – International cuisine and an incredible view from atop the Olympic Tower

5. The Martini Club -Tasteful ambience and a fun dining experience 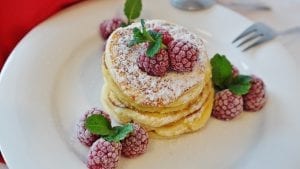