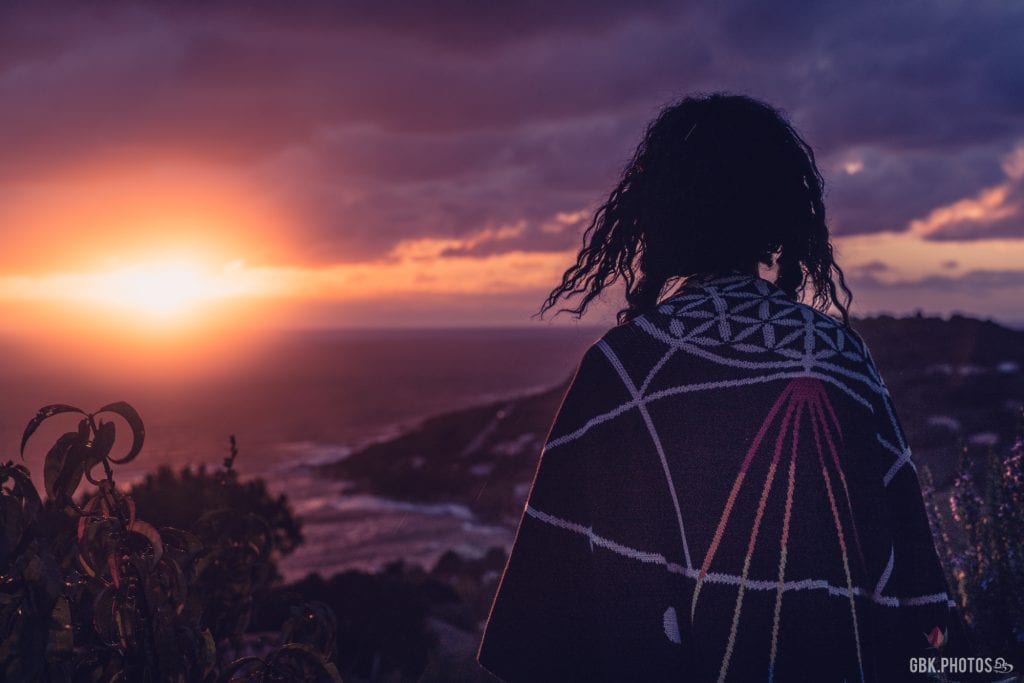 1. Tell us a bit about where and how you grew up

I’m Jamaican Chinese and grew up in Kingston, Jamaica till I moved to NYC with my mother and brother when I was 7. It took me a while to like living in America. Where we lived in Jamaica was very beautiful and it was so expensive to live in NYC that my mother struggled to support our family by herself. Growing up in NYC I was exposed to many different cultures and had the opportunity to see Broadway plays, appreciate classical music, and go to amazing museums . I loved how diverse the city was. 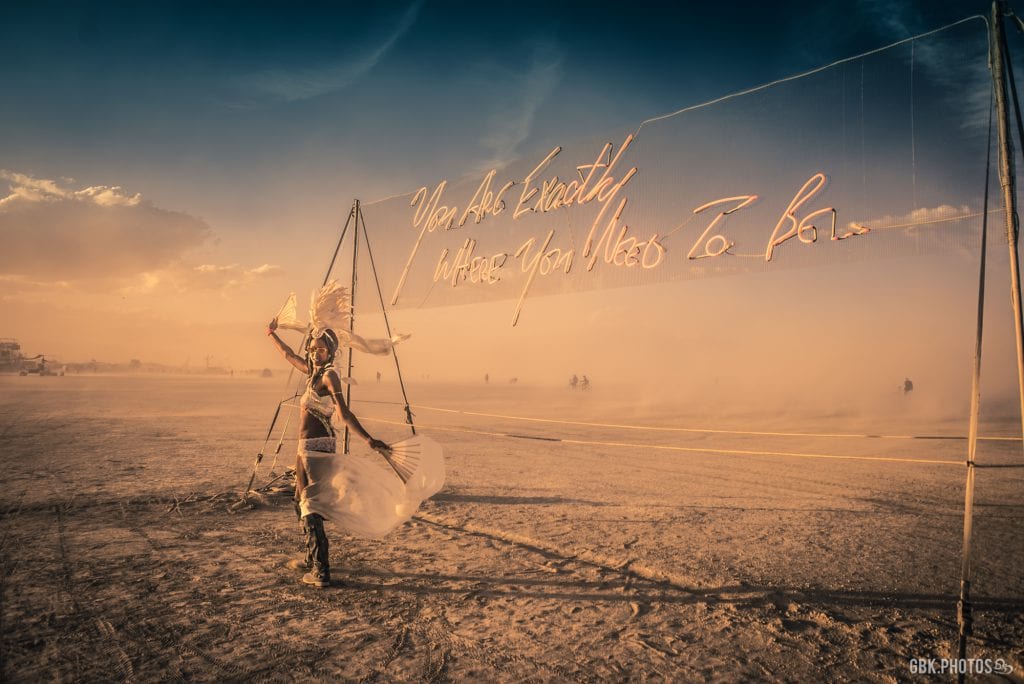 2. How do you feel your childhood shaped your life?

I moved around a lot as a child until I was 14 years old so I think I got used to not having a fixed home. I was also very aware that as an undocumented immigrant I would have to work harder than my peers to be able to succeed in the U.S. I was lucky to have the opportunity to attend the High School of Fashion Industries where I majored in fashion design. I won a scholarship to Claremont McKenna College in California and it was there that I was introduced to the festival scene which was a huge influence on my life perspective. 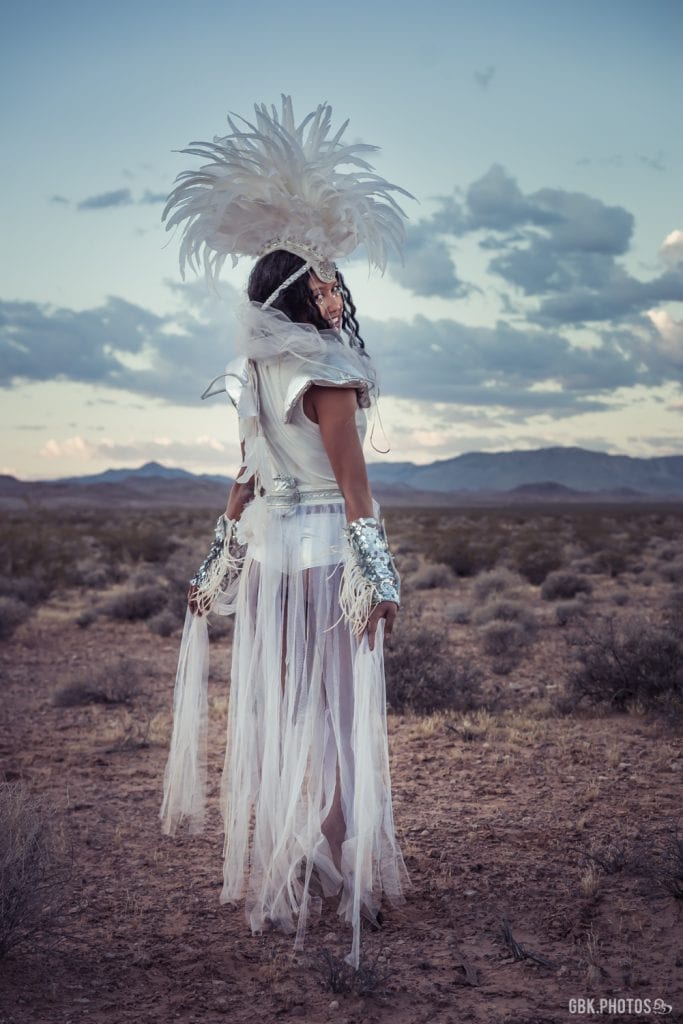 3. When did you first develop a desire to travel and how has it evolved over the years?

My mom made my brother and I write a report on a different country every month, so from an early age I had a strong desire to travel. I was very introverted growing up and liked reading books more than talking to people. All the stories I read made me aware that so much existed in the world that I needed to experience. However as an undocumented immigrant I could never travel outside the U.S. In 2013 President Obama passed DACA which gave kids who had been brought to the U.S illegally temporary residency. DACA recipients (a.k.a Dreamers) were only allowed to travel for work or school so although I was able to work legally, I could never travel freely for pleasure. 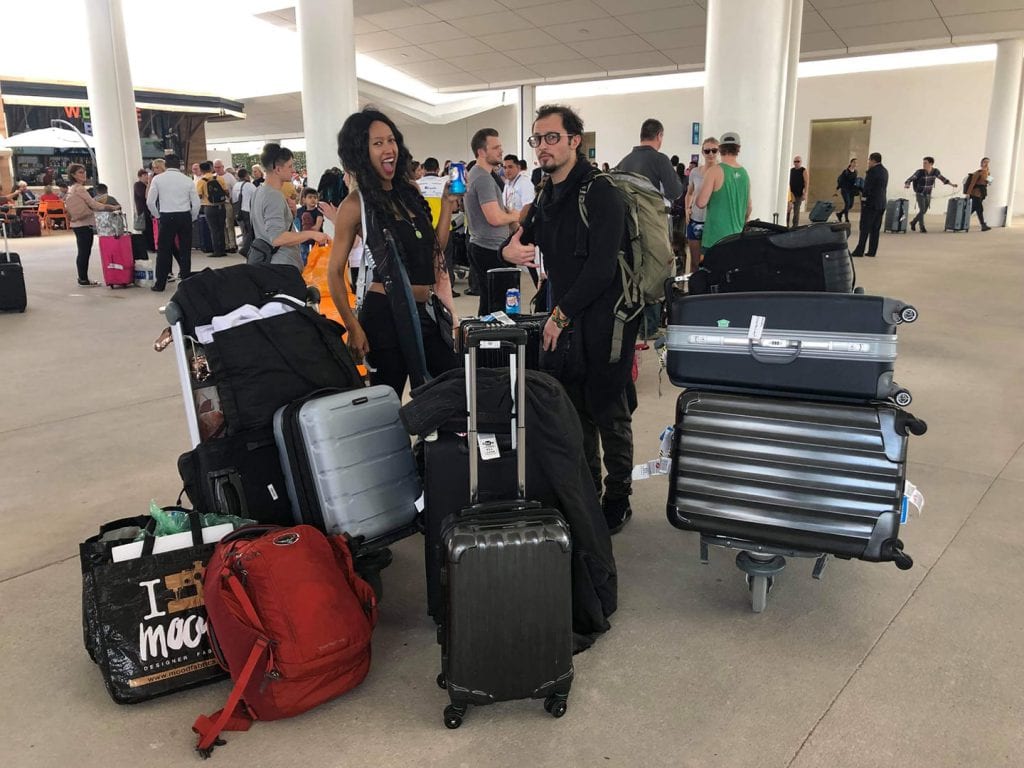 In 2016 I saved up $4,000 to pay for language school in France. I applied for permission to maintain my U.S residency while living abroad and was able to leave the U.S for the first time in 15 years. During 6 months abroad, I took the opportunity to not just visit France but Switzerland, Italy, Spain, and Thailand. My adventures abroad ignited my wanderlust and made me want to see even more of the world.

4. Tell us about some of your most recent travel experiences

I’m currently traveling full time as a nomadic designer. My husband Gilles is amazingly skilled at creating beautiful imagery and works as the art director for my clothing line YoshiZen. Our goal is to be inspired by the countries we visit and create art on the go. I’ll make designs based on where we travel and source material locally, while Gilles creates photo and video content. We have an artistic project called “Make Your Life An Art Piece” that shows fashion shot in breathtaking landscapes. Our first destination as full-time nomads was Tulum, Mexico. I sold some of my designs at events in Tulum to help cover travel expenses and Gilles shot the lookbook for my latest collection. 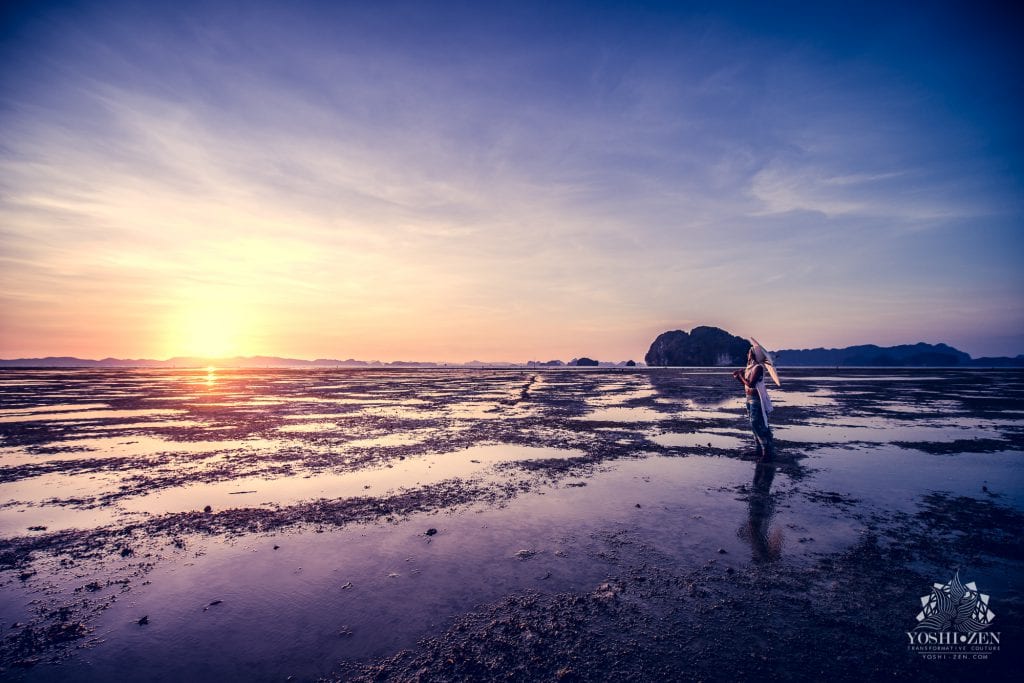 We’re currently in Thailand where we will be based most of the year. Life in Southeast Asia is a ⅓ of the cost of living in NYC so our goal is to save money living here then travel to other parts of the world for festivals or events I’ll sell at. So far every day in Thailand is an adventure. The hardest part of the nomadic life is being motivated to work while still enjoying our surroundings. So far we’ve visited Bangkok where I have the production for my clothing line; Bananas Bungalows in Krabi where I worked on bookeeping and taxes; and Koh Phangan where we are currently chillaxing and not being very successful at working. 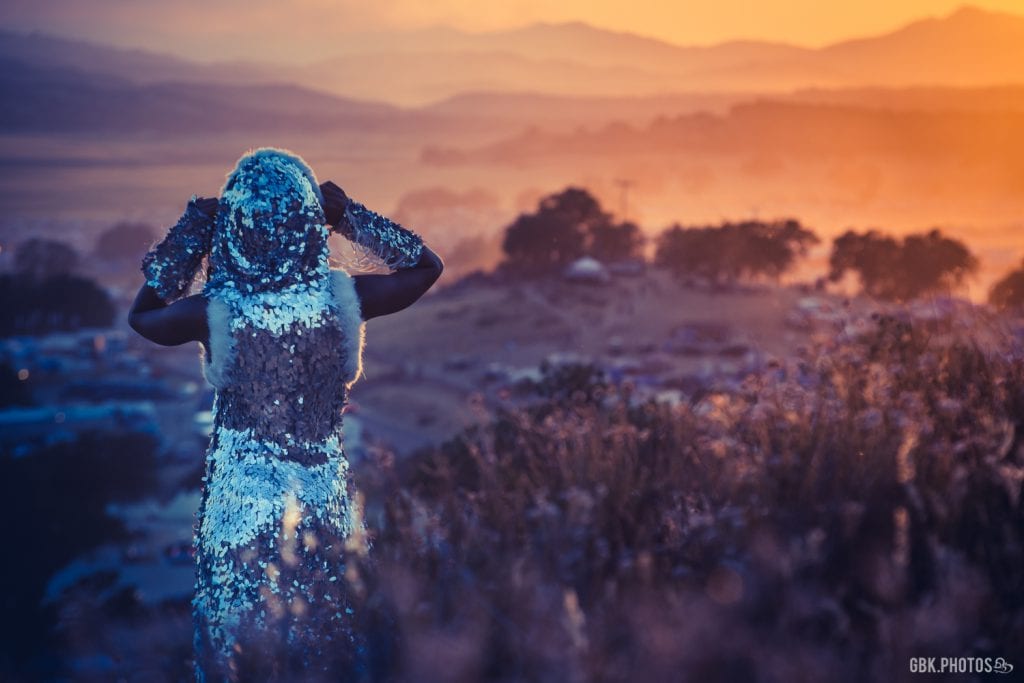 5. What challenges have you faced in regards to travel

Making the decision to leave my family and life behind in the U.S for 10 years was one of the hardest decisions I’ve ever made. When Trump became president, he froze travel for all DACA recipients and I wasn’t allowed to even apply for permission to travel and be allowed back into the U.S. I would either have to remain in NYC, never able to travel, or leave but never be able to return.

Things were complicated because my husband Gilles is French, and even though we were married, he could only visit me on a tourist visa since I didn’t have permanent resident status. We had been doing long distance for 3 years since we first met at a Burning Man party in NYC. Every time we had to separate was harder to bear, so I knew that staying in America was not something I could do much longer. When I left the U.S on December 31 to travel to Tulum, Mexico, I knew that I wouldn’t be allowed to return. Since I had overstayed my tourist visa as a child, I wasn’t eligible for another American visa for 10 years. My mother is able to leave the U.S to visit me but I won’t be able to see my brother for 10 years unless immigration laws change. 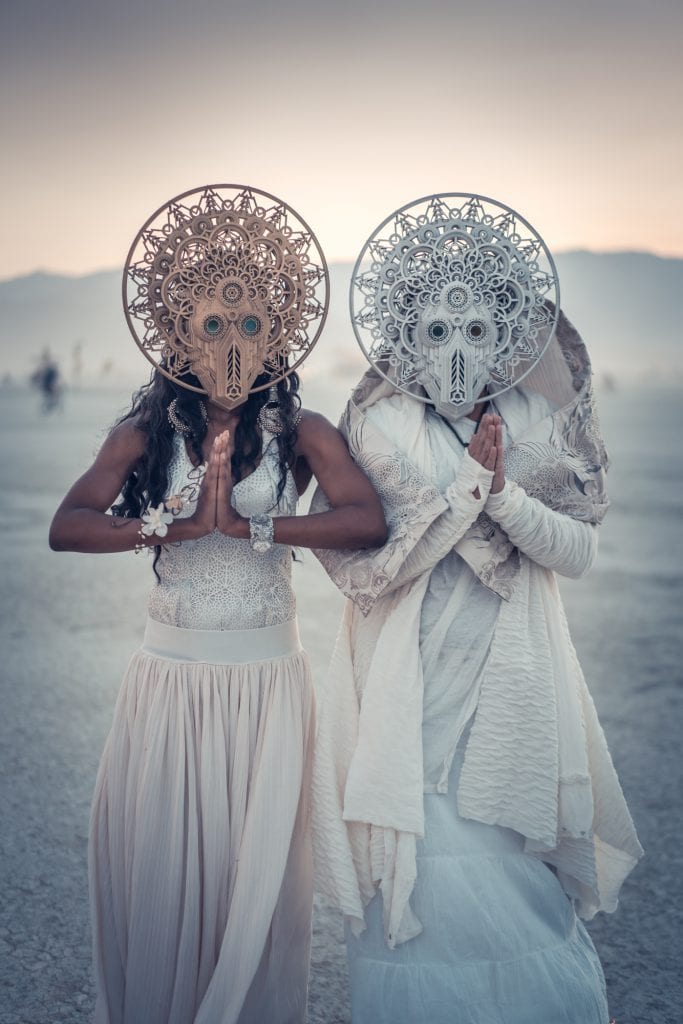 6. Tell us about 3 of your most inspiring travel experiences

Going to Burning Man for the first time in 2013 was definitely the most inspirational experience of my life. Black Rock City is the only model that exists of a city built on human connection, creativity, and self-expression. I think it’s something everyone should experience at least once in their lifetime, it’s like visiting another planet. Each year I attended Burning Man I learned something that helped me to become a better person. My long term goal was to make my regular life as much like Burning Man as possible. I was inspired by all the amazing costumes there to start fashion design again in 2015. At the time I was working in business administration and costume design was just a hobby. However when Gilles and I started working together in 2015, my hobby quickly took off. I began creating wearable art full-time and now make a large portion of my income designing Burning Man costumes. Given how much of an influence Burning Man was on our lives, Gilles and I chose to get married there last year. 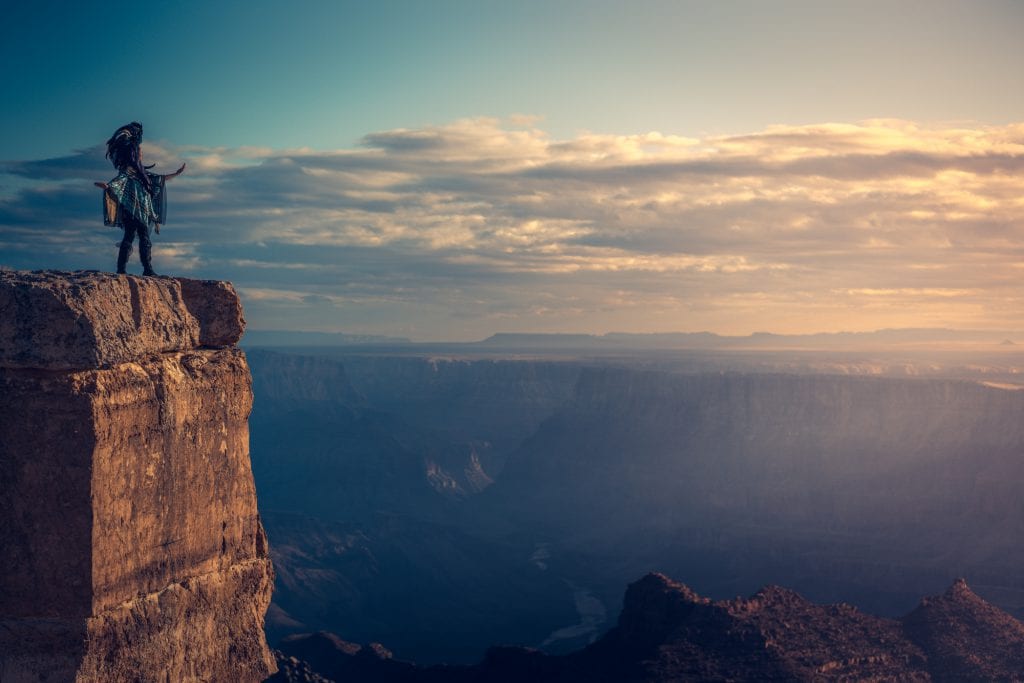 Arizona was the state whose natural beauty impressed me the most. After vending at a festival in California, I did a road trip with Gilles and 4 of my girl friends through California, Nevada, and Arizona. The rocky red Arizona landscape was unlike anything I’d ever seen before. The footage we shot there was like something from a movie shot on another planet.

My first time visiting Thailand was so amazing that 3 weeks spent traveling through the country made me want to live there. The food was amazing, people were always smiling and non-aggressive, and every day was an adventure. I felt like I was in a game of Mario Kart riding behind Gilles on motorbike, exploring different villages and beaches. I couldn’t believe how cheap everything was in comparison to the U.S. and there were so many different regions and islands to explore. We’re currently in Koh Phangan now where there’s a great community of artists and free spirits. 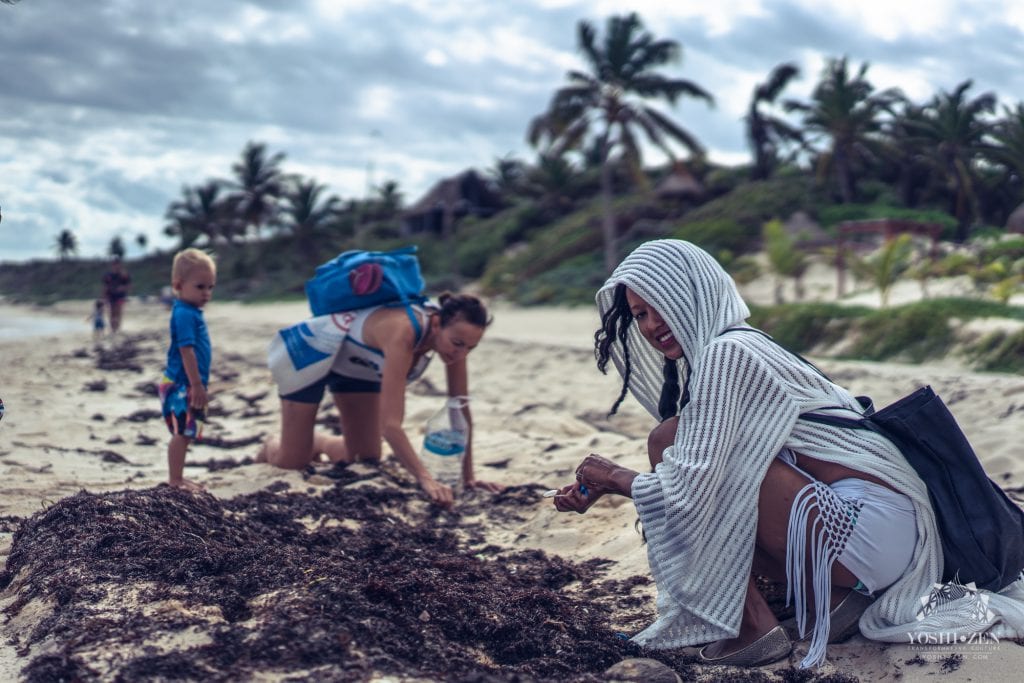 7. Is there a place you have visited that has surprised you in a good or bad way?

I had heard from friends that Tulum was amazing, but when we visited in January I was disappointed by how commercial it actually was. The parties were ridiculously expensive for Mexico- ranging from $75 to $300 for one event. We were told that there was an $80 drink minimum when we tried to get drinks at one beach hotel. The city’s infrastructure which was built to handle 40,000 people cannot handle the 2 million tourists that visit annually. Many of the beautiful “eco-friendly” boutique hotels there dont have adequate sewage systems so pollution is a big problem. Fecal matter has leaked into the ocean, killing the coral and increasing the amount of algae in the water. There were piles of rotting algae on the beaches and we saw tons of plastic waste on the shores.. During the last 10 days we were in Tulum, we stayed in a palapa at Cenote Balam-ha, 20 min outside of Tulum in the Akumal jungle. Being secluded surrounded by trees, waking up to the sounds of chirping birds, and swimming in the private cenote turned out to be more enjoyable than staying in Tulum town with all it’s fancy hotels and parties. 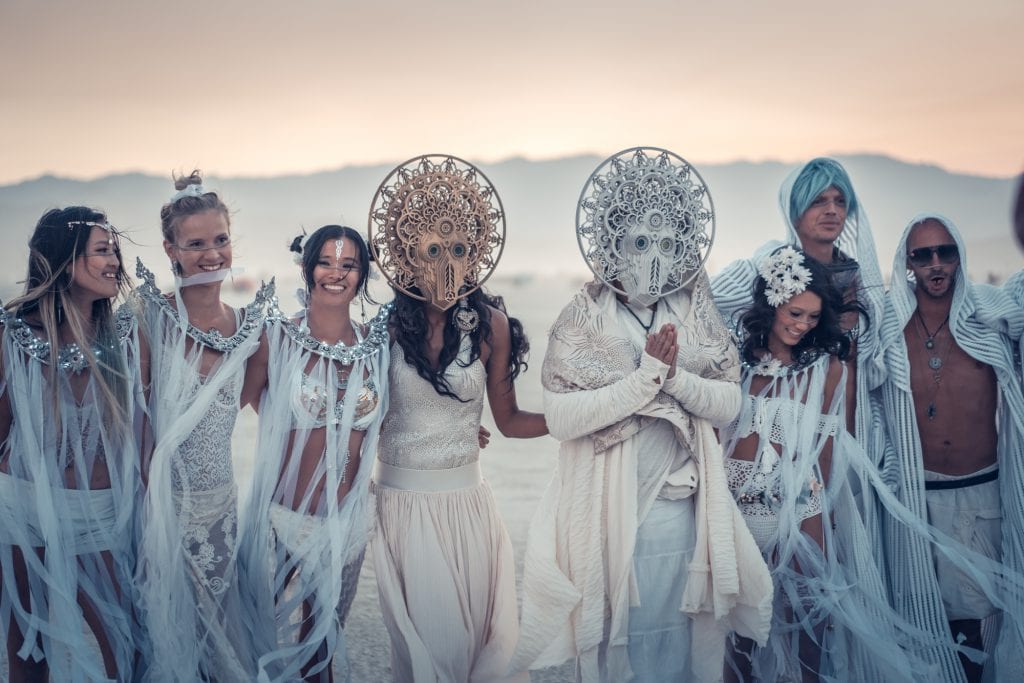 8. In what ways has travel changed your perspective about life, people, the world.

It made me realize that living in America and pursuing the “American Dream” weren’t the most important things. It was actually easier to have a higher quality of life overseas where everything was less expensive. As a nomad without a fixed residence, every day is an adventure and I’m glad that I have the opportunity to create my own destiny. 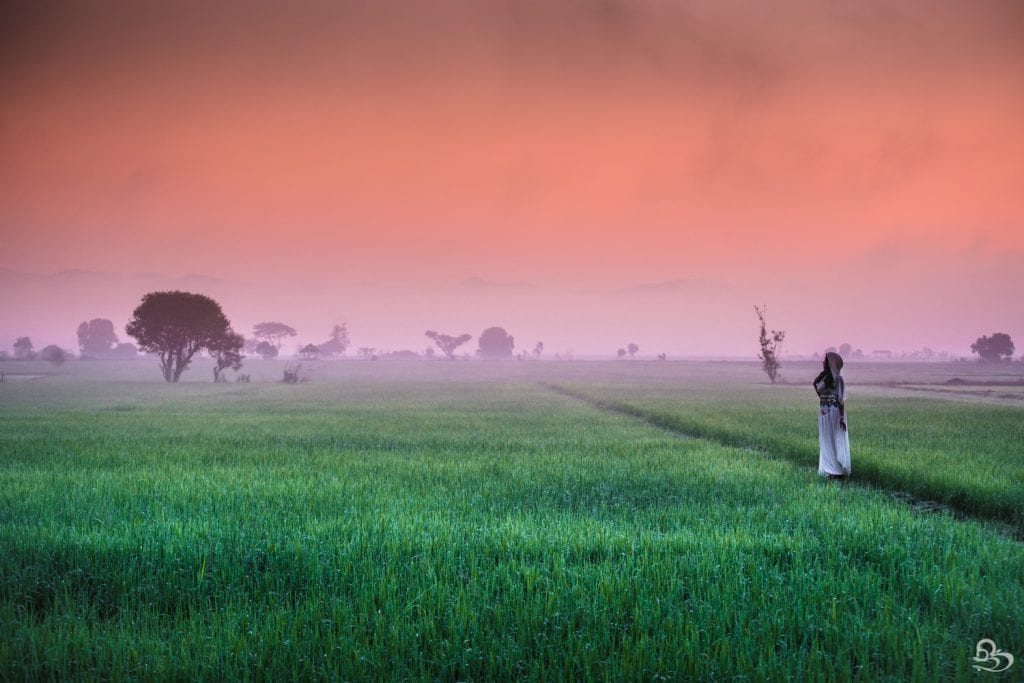 9. Do you have any causes that you are passionate about or organizations you support?

As someone affected by U.S immigration laws, I’m very passionate about immigration rights. I think it’s unfair that nearly 700,000 other DACA recipients in America are unable to travel and experience the world. I’m planning to work with an immigration rights charity to create a design for “Dreamers” like myself, where a percentage of the sales will go towards legal fees for DACA recipients. I think everyone around the world should have the opportunity to travel and it’s horrible that many people in countries like Bangladesh will never have the opportunity to leave and experience different cultures. 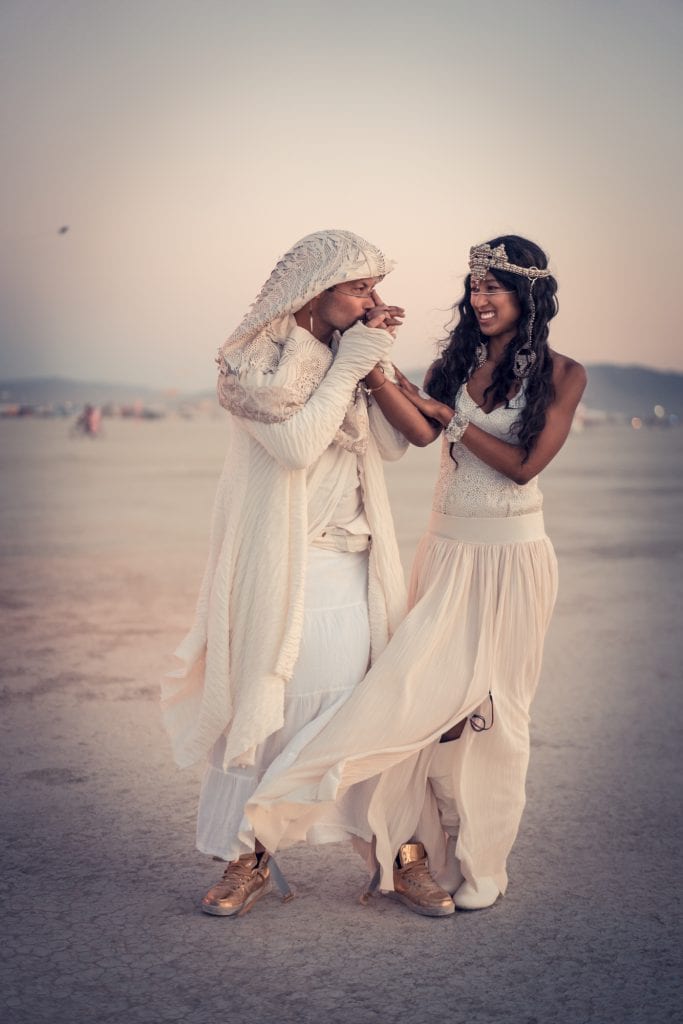 10. In what ways do you believe that travel has the ability to change lives and improve the world?

Read other Voice of Women Conversations and be inspired to take your own journey. BTA is a luxury travel agency specializing in creating inspirational itineraries around the world. We are also passionate about supporting small local businesses, philanthropy and giving ALL women a chance to have their voices be heard.